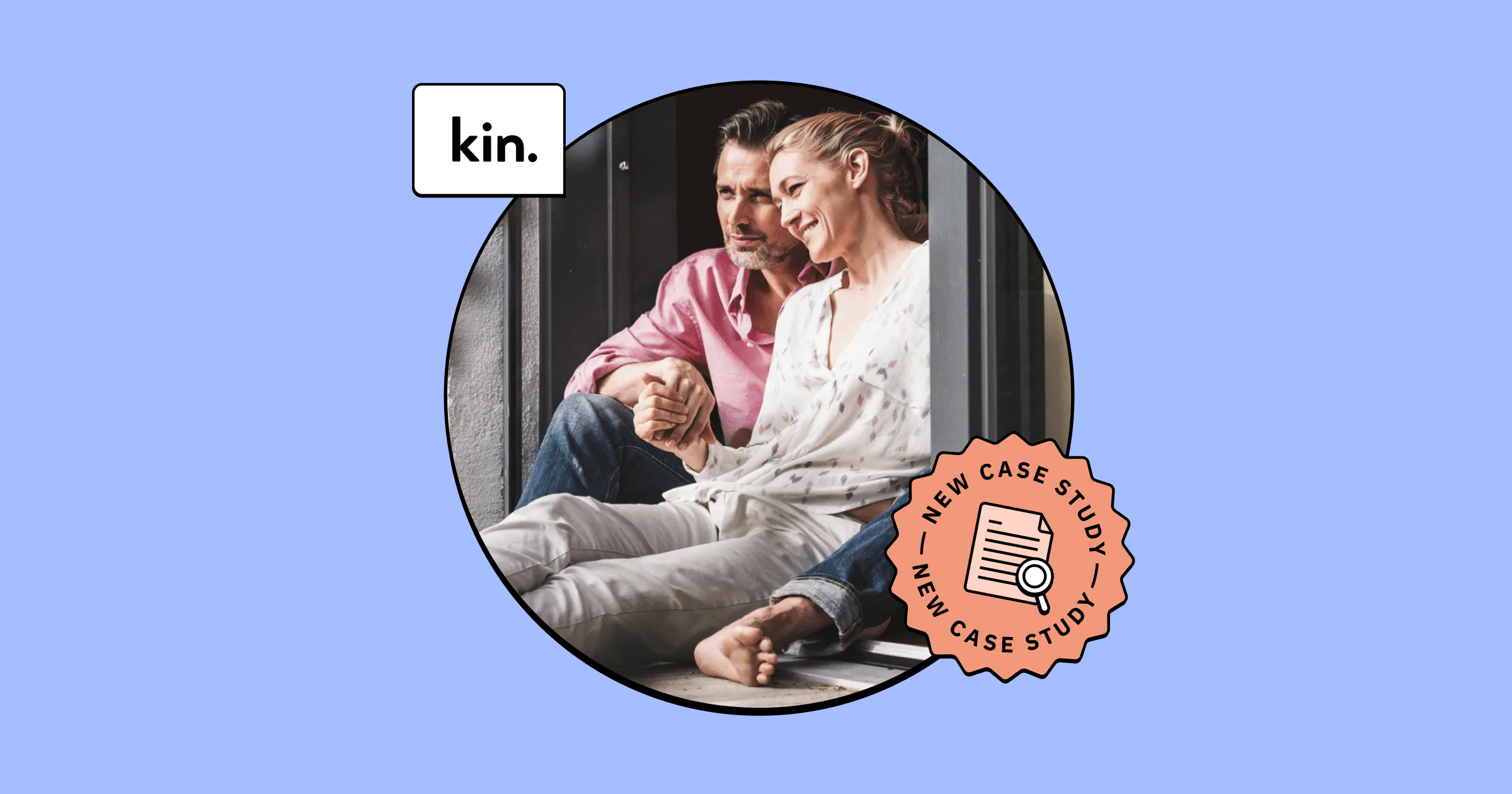 Kin Insurance has never shied away from tough challenges. The company is dedicated to delivering affordable home insurance with comprehensive coverage, serving Florida and Louisiana—two areas where other companies have a hard time maintaining sustainable businesses.

When Kin needed to build its revenue operations and workforce management (WFM) teams from the ground up, Eric Santoy was ready for the challenge. The Kin team had over 180 agents across sales and support when Eric came on board. Drawing on his background of WFM expertise, he implemented scheduling quickly using spreadsheets as a short-term solution.

"Our company is nimble and fast-paced, so we're often adapting to changing business conditions. Rather than rely on manual spreadsheets, we needed a new system to accommodate these changes."

Kin managers had to switch back and forth between the phone system's supervisor mode and the spreadsheet to make sure agents were assigned correctly, which became very time-intensive. Sales and support leaders had to closely monitor their teams to confirm the efficacy of their outreach, which was very tedious. For Eric, juggling staffing for two very different functions was becoming unsustainable given the rate at which Kin was growing.

Luckily, Eric knew how to tackle this head on. From the moment he walked in the door, Eric had a plan to implement a WFM tool within his first year at Kin. As someone who had used almost every tool out there, he knew exactly what he wanted—and more importantly, what he didn’t want.

“I remember specifically searching for ‘modern WFM’. My experience with legacy tools was that implementation can be long and painful, with tenuous training sessions.”

Kin started searching for a WFM tool that embodied its own ethos—modern enough to handle any business complexities, and future-proof enough to grow with the company. Once Eric began the search, it didn’t take long for Assembled to find a place at the top of Kin’s short list.

Kin was looking for a solution that would be easy to implement, give managers self-service visibility into real-time agent data, simplify scheduling, and take new team members seconds to learn. The company also wanted a tool that would integrate seamlessly with its CRM and phone system. Assembled’s one-click integrations sealed the deal.

Once the team had chosen Assembled, it only took two short tutorials and two weeks before they were completely up and running. Throughout the entire process, their dedicated implementation specialist was there every step of the way to answer questions and address any quirks the team noticed. Compared to Eric’s previous experience using much more complicated legacy tools, Assembled made bulk importing and onboarding agents a frictionless process.

”Everything I used to spend so much time doing every week was automatically just done. I created templates and applied them forward, and everything was right there. It was definitely about the visibility of the data; and from the admin perspective, it was the time gained back from efficiency.”

The value of having a modern WFM tool was clear in the first week as reporting data started populating. With the ability to see agent states and call volume in real time, the team could move around agents and sales reps to fill in gaps or take on proactive outreach within seconds. Assembled also unlocked new forecasting capabilities that allowed the team to post schedules much further in advance for the team’s visibility.

Using Assembled’s API, the team automatically pulls reporting data into dashboards for company-wide analysis. This added visibility ensures the support and sales teams are in lockstep with leadership’s expectations and brings more accuracy to long-term planning.

One of their favorite features is Assembled’s integration with Google Calendar, which automatically syncs schedules across both tools and gives their schedulers hours of time back every week to focus on more strategic work.

“It is the bane of any scheduler or RTA’s existence to schedule team meetings, one-on-one meetings, coaching, or training. It can be an innumerable amount of hours, and we don’t have to do that anymore.”

Across sales and success teams, Kin is maximizing the value of its agents. Average adherence has increased across the board by over 30%, leading to added efficiency and future savings with staffing. Utilization has increased by 10 points on the sales team and 20 points on the success team. With added visibility, managers also have more specific feedback to drive coaching sessions.

“We had set goals that we thought were going to be tough to reach for each team in terms of adherence. It didn’t take long before they were exceeding every goal.”

By eliminating the tedious manual processes that used to slow them down, the Kin team is better prepared for anything so they can deliver on their mission and provide high quality service to their customers.